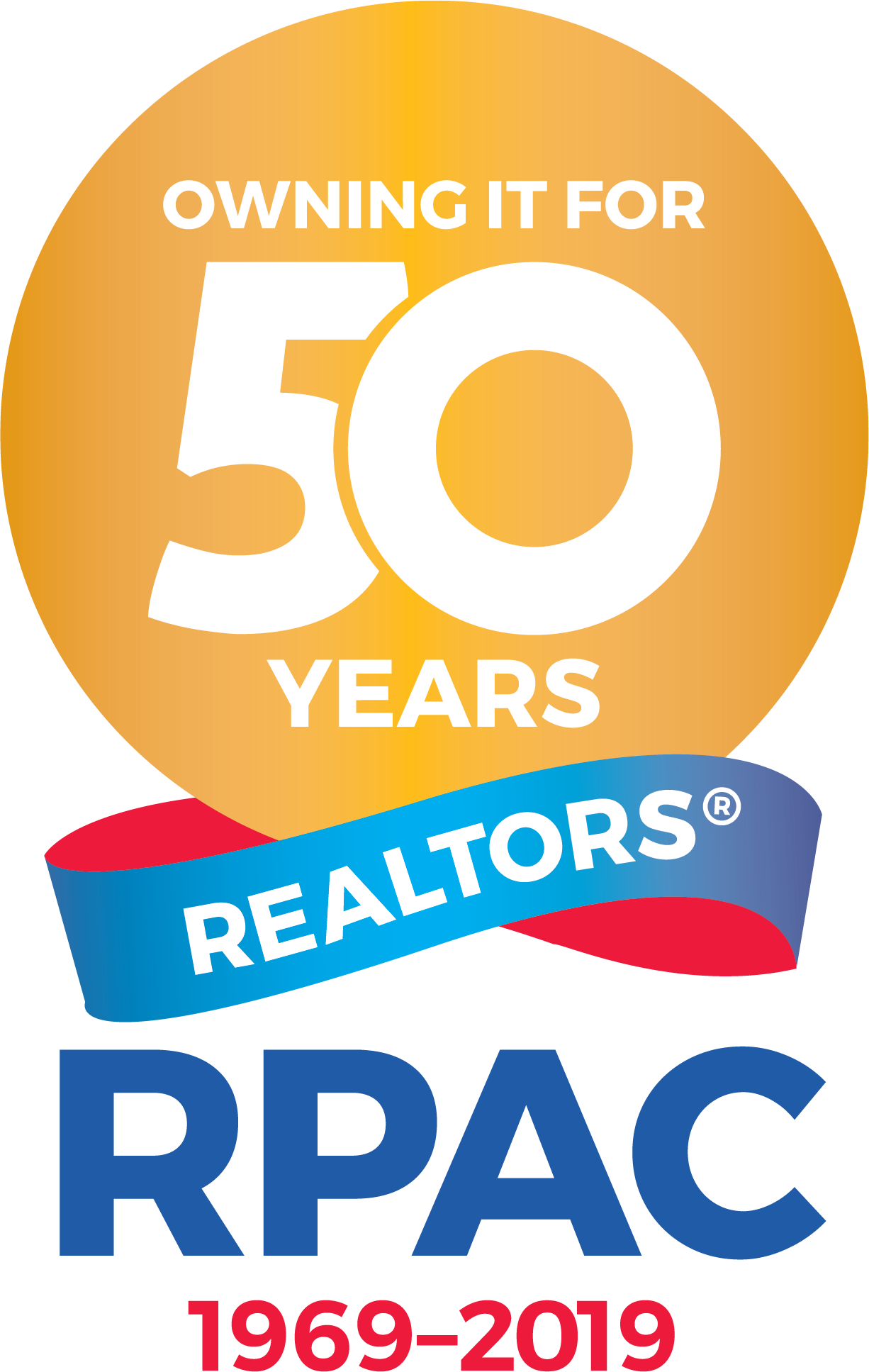 In 2019, we are celebrating 50 years of RPAC. The REALTORS® Political Action Committee is the key to protecting and promoting the real estate industry. Below is a list of NAR government affairs accomplishments made possible by RPAC.

1971: Successfully included in the Banking Reform Act a prohibition against requiring equity participation as a condition for making a mortgage loan.

1973: Eliminated the blanket registration of commercial and industrial properties under the Interstate Land Sales Registration Act.

1974: Successfully supported a tax reform bill that repealed the applicability of the Asset Depreciation Range to real property.

1975: Successfully amended the Land Use and Resource Conservation Act to assure the involvement of local government and property owners in the land use process.

1978: Supported the Revenue Act that lowered the tax on capital gains for individuals.

1982: Clarified the right of REALTORS® to be independent contractors.

1983: Successfully reduced the tax burden on the self-employed in the Social Security Reform package.

1984: Supported Housing and Urban-Rural Recovery Act amendments that would prohibit the use of new multifamily program funds by communities that impose rent control on newly constructed units.

1985: Reformed a provision in the law increasing the minimum interest rate that sellers who financed the sale of real estate had to charge.

1986: Won Protection of the mortgage interest deduction in the 1986 tax reform package.

1987: Opposed and defeated a proposal to end tax-free 1031 like-kind exchanges.

1989: Preserved deferral of capital gains taxes on most exchanges of “like-kind” property.

1992: Successfully supported the Veterans Home Loan Program Amendments of 1992 that expanded the VA-guaranteed home loan program to members of the National Guard and military reserves.

1994: Following more than three years of lobbying, NAR scored a major victory with the passage of the Community Development and Financial Institutions Act that built the foundation for a commercial secondary mortgage market

1995: Successfully opposed a proposal to dismantle the U.S. Department of Housing and Urban Development and privatize the FHA.

1996: Successfully opposed proposals to replace the federal income tax with a flat tax that would eliminate the mortgage interest deduction.

1997: Secured passage of tax legislation that raised to $500,000/$250,000 the tax exclusion on the sale of a principal residence by a couple/single taxpayers, and allowed first-time buyers to withdraw up to $10,000 penalty-free from tax-deferred retirement savings to be used for home purchases.

1999: Secured adoption of a HUD rule to rely on the services of local real estate professionals to help sell HUD-owned single-family properties.

2000: Supported the Clinton Administration’s livability agenda, promoting the development of smart growth and quality of life programs in state and local governments.

2002: Prevented the Federal Reserve and Treasury from promulgating its banks in real estate proposal.

2005: Prevented HUD from instituting its Valuation Conditions form and its Homebuyer Summary form related to the FHA appraisal process.

2006: Prevented large corporations from owning Industrial Loan Companies that would have hurt competition in real estate.

2010: Successfully secured extensions of the temporary higher loan limits for FHA and GSEs.

2012: Successfully opposed proposed provisions of the Qualified Residential Mortgage (QRM) rule that would have required a 20 percent down payment.

2015: After a Call for Action, which generated the highest response, rate in NAR history, Congress removed the use of guarantee fees (G-fees) as a financing mechanism for programs other than supporting the GSEs.

2016: Granted the use of drones in commercial real estate without requiring a Section 333 waiver.

2017:  Improved the Consumer Financial Protection Bureau’s “Know Before You Owe” mortgage disclosure policy by seeking explicit clarity on the ability to share the Closing Disclosure with third parties, including real estate agents.

2018: Successfully opposed the repeal of 1031 like-kind exchanges and supported creation of provision that allows REALTORS® to deduct 20 percent of their qualified business income. After decades of NAR advocacy, the U.S. Department of Labor