Warning: "continue" targeting switch is equivalent to "break". Did you mean to use "continue 2"? in /var/www/wp-content/plugins/revslider/includes/operations.class.php on line 2854

Warning: "continue" targeting switch is equivalent to "break". Did you mean to use "continue 2"? in /var/www/wp-content/plugins/revslider/includes/operations.class.php on line 2858

Warning: "continue" targeting switch is equivalent to "break". Did you mean to use "continue 2"? in /var/www/wp-content/plugins/revslider/includes/output.class.php on line 3708

Sales down, inventory up in Capital Region 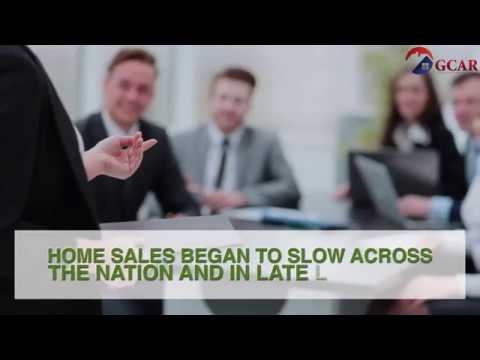 Nationally, existing-home sales experienced a minor drop for the third consecutive month in January. Of the four major U.S. regions, only the Northeast saw an uptick in sales activity last month. In the Capital Region, pending sales decreased 5 percent from January 2018 to 757 for the month. However, January showed a slight increase in pending sales from the previous two months.

According to the National Association of REALTORS, total inventory grew for the sixth straight month. NAR Chief Economist, Lawrence Yun, stated that the market is still suffering from an inventory shortage – “In particular, the lower end of the market is experiencing a greater shortage, and more home construction is needed,” says Yun. Locally, Greater Capital Association of REALTORS President, Jay Christiana with Berkshire Hathaway Homes Services, Blake REALTORS, said “New construction listings in the Capital Region increased 30 percent over this time last year and the median sale price decreased by 4 percent which indicates that we are, at least, headed in the right direction to alleviate the inventory shortage.”

Overall, inventory levels are still down market-wide. In January they decreased 2.6 percent to 4,372 units. Although many housing forecasters are predicting that the number of homes for sale will increase after several years of decline, the region’s first month of 2019 saw another year-over-year decline.

New listings in the Capital Region rose to 1,228 for the month of January, which is a 13 percent increase over January 2018. Greater Capital Association of REALTORS CEO Laura Burns commented that “Many new listings enter the market immediately after the new year. Motivated sellers want to get a jump on market movement and interest”.

Closed sales of existing homes decreased 10 percent from January 2018 to 641 for the month. When sales decline during the first month of the year, it can be due to economic uncertainty, unfavorable weather conditions, buyer malaise, or some combination thereof.

Economists are predicting that across the nation, home affordability will continue to set the tone for the 2019 housing market. The Capital Region’s home affordability index declined by nearly 8 percent in year over year comparisons while the median sales price increased by the same percentage to a median sale price of $206,000 – comparatively low- and enabling sellers to obtain 95 percent of original list price.