REALTOR® of the Year

Those who have been named REALTOR of the Year know first hand the reverence and surprise of being placed in the company of past REALTORS® of the Year. Reverence because many past honorees are icons of the association, the best example of what a REALTOR® should be. Surprise because so many GCAR members stand out as dedicated industry professionals who are not only active in many community organizations, but also the work of the association.

This year when the REALTOR of the Year committee met, there were no nominations to be reviewed. No one had submitted a nominee. Preparation of a nomination takes some time but it’s always worth it. Ask anyone who has submitted one. With no nominations in front of them, the committee might have simply selected someone but they all agreed that a selection without a nomination was not in the spirit of the REALTOR of the Year recognition.

As we look forward to 2020’s nominees, we celebrate GCAR’s past REALTORS® of the Year who still support the association and exemplify the best of the best. 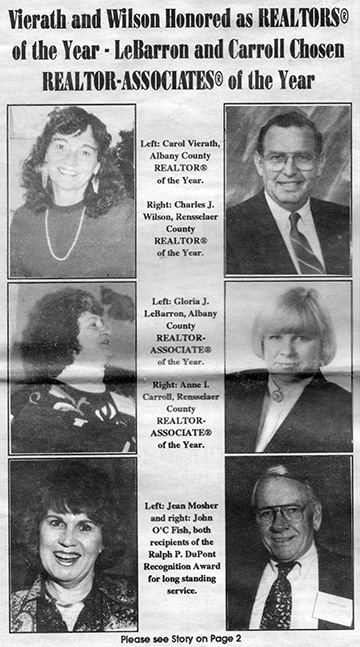 We ask that throughout the year you keep this award in the back of your mind and when the time comes in the fall you all make an effort to nominate a REALTOR® of the Year for 2020.